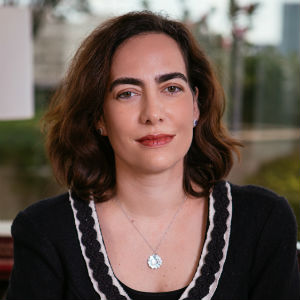 Mrs. Manente works regularly with both foreign and Brazilian fund managers and investors on fund formation and administration, and investment structuring. She has structured and negotiated hedge and private equity investment funds in several jurisdiction, as well as domestic and cross-border mergers and acquisitions in numerous industries. In her general corporate work, Mrs. Manente serves as principal Brazilian counsel to many large international corporations doing business in Brazil. She advises clients on entity formation, including for joint ventures and M&A; corporate governance and regulatory compliance; foreign exchange matters; real estate transactions; as well as structured financing, leveraged transactions, and access to capital markets, such as IPOs and bond issuances.

Mrs. Manente seats on the advisory board of Associação Aliança de Misericórdia, a not for profit organization that focus on the most needy, and which is present in Brazil, Italy, Poland and several other jurisdictions

Foreign investment in Brazil via FIP

The Bahamas on the Radar of Brazilian Investors

How to invest in the brazilian ethanol industry