The current pandemic scenario has reignited the discussion regarding the need to increase tax revenues without punishing the most vulnerable taxpayers. The most obvious solution in this context would be the creation of a Wealth Tax to be levied on ‘great fortunes’ (IGF), a tax which is already envisaged by the Brazilian Federal Constitution (CF) but depends on Complementary Law to create and regulate it.

Although this subject is not new, IGF instigates intense debates concerning higher taxation on the wealth of those regarded as the richest part of the population. However, a sober and less passionate approach is always welcome to raise and answer the question: is IGF really effective and efficient?

The matter has been analyzed under a report published by the Legislative Advisory of the Federal Senate, which demonstrated IGF’s low fundraising capacity, estimated to be around BRL 6 billion per year. As IGF would be a tax assessed with reference on taxpayers’ declaration, an efficient collection would demand great effort from Brazilian tax authorities to implement effective inspection and control, thus further increasing public expenses and reducing the positive balance of the intended taxation.

European experiences show that taxation on wealth can lead to fundraising frustration, as some of the targeted taxpayers may have legal options to avoid the taxation, such as by transferring funds and assets to another country. This can bring more losses than benefits to the economy in the medium and long terms. Germany, for instance, abolished a wealth tax similar to IGF in 1997, after a bad experience. The Senate’s Legislative Advisory report shows that capital flight and monitoring/inspection costs were key factors for some European countries to give up on the taxation.

Another relevant difficulty is to find common ground as to a reasonable definition of what amount should be considered a ‘great fortune’ for purposes of the IGF. There is a huge disparity in this respect among existing proposed bills.

Besides the economic aspect, the new IGF bills proposed in the context of the COVID-19 pandemic also raises concerns under a legal standpoint, as they violate fundamental tax principles.

Complementary Law bill (PLP) No. 38/2020, for instance, provides for immediate charging of IGF while the declared state of public calamity is maintained, as well as direct destination of its revenues to fund public health policies/services and to a social fund in support of the poor.

Despite the noble intents, this proposal violates the constitutional rule according to which taxes such as IGF can only be charged in the year that follows that of its creation, and no earlier than 90 days as from the publication of the law that created it (Article 150, III, “b” and “c”, of CF). It also ignores that the Constitution forbids compulsory allocation of this kind of tax revenue to a fund in support of the poor or to public health policies/services that exceed the minimum expense set forth by Article 198, §2, of CF (Article 167, IV, of CF).

There is no doubt that measures need to be taken to increase the Government’s capacity to act in such troubled times, but much caution is needed to avoid economic inefficiencies and legal abuses. 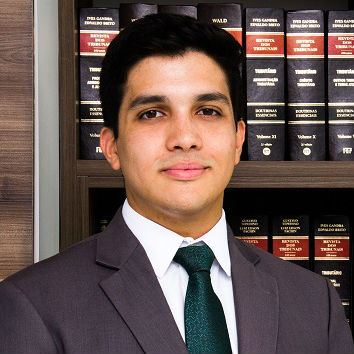