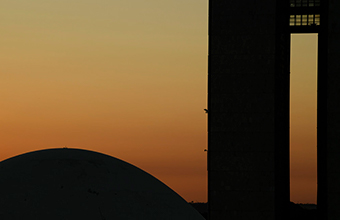 Three recent developments show that Brazil may soon face important changes on the rules that regulate public-private relations. The Brazilian Government has just signed a bilateral cooperation agreement with Chile to strengthen efforts aimed at preventing and fighting corruption. The government is interested, among other aspects, in good practices such as the Chilean system of requiring, managing and recording private-public hearings and meetings. Secondly, the Brazilian media has been reporting on a draft bill or a presidential decree that would rule private-public relationship. Thirdly, there is widespread expectation for the approval of a lobby act that has been discussed in Congress since 2007.

Inappropriate or even illegal public-private relations are behind countless current scandals in Brazil. The suspicious instrumentalization of political and administrative decisions ranging from alleged facilitation of loans by state-owned banks to the issuing of legal acts in favor of certain sectors or companies are under investigation. Although there are similar episodes all over the world, the turbulent scenario in Brazil over the past few years is definitely pushing this agenda forward in the country.

Doubtful relations among companies´ representatives and public agents may generate negative headlines and erode personal and institutional reputations. However, private participation in the public debate and the rulemaking process is necessary and vital for good regulation as well as desirable to democracy itself. It qualifies the discussion, guarantees cutting-edge information is taken into consideration and signals what a relevant part of society believes. Moreover, private participation in government decisions derives and is protected by constitutional rights such as freedom of expression, freedom of association and the right of petition.

A freezing effect or a de facto blockage in institutional contacts between public and private is negative for both sides. The challenge then is to ensure that the private sector is represented with a significant reduction in risks. To wait for or to push forward more regulation – such as lobbying rules – is important. To be effective though, changes should also involve more aggressive public-private compliance policies, which set up acceptable patterns and disseminate good practices.

An effective compliance program reinforces principles and values of business ethics. By establishing standards of conduct, it also prevents a company from taking unnecessary risks. The relationship between public and private sectors’ representatives is already part of codes of conduct, as per gifts and hospitality policies, conflicts of interest and policies for hiring former public servants, for instance. However, there is room for improvement in light of the potential perils and the need to keep contacting Brazilian authorities.

First, companies concerned about their reputation should update their rules related to institutional and government relations. Standards regarding the mentioned gifts and hospitality, the relationship with tax officials, auditors or inspectors, conflict of interest and employing should become increasingly clear, controllable and auditable.

Second, companies should ensure solid understanding and adapt their practices to already existing - but little noticed - legislation. In Brazil there are specific rules on scheduling hearings and on conducting meetings with authorities from the Executive branch. They include written and formalized requests, pre-stablished themes and lists of claims, prior indication of private representatives, minutes of meetings, the presence of at least two governmental representatives, among other requirements.

Third, there is room for developing additional internal rules to further protect a company, such as creating supplementary mechanisms to make its positions and intentions public a priori without posing risks to its trade, industrial or business strategies. Examples of such rules are (a) the periodic publication of studies and policy papers by companies, either directly or through their associations, to assure the legitimacy of their hearings and meetings with public authorities, as well as to provide a defense in case of different versions; (b) to register and enhance transparency of meetings with lawmakers and policymakers, respecting an embargo period to preserve strategy, to guarantee traceability and avoid misinterpretations; and (c) to ensure at least two representatives at all meetings to reduce the chances of different versions and the risk of dissonant application of company rules.

Finally, the representation by associations and third parties requires additional care. A company should do its due diligence when contracting government or institutional relations firms and should push its industry representatives to adopt clear and effective rules of conduct to protect all stakeholders.

In short, there is room for companies to expand, by their own means, the security level of their relations with public agents. Legislative development is critical, but internal compliance policies can expand protection without tying up the representation activities. Deepening such culture in companies and representatives is challenging, but the results are bound to be rewarding.