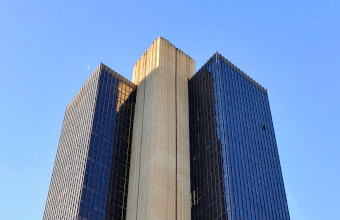 The Central Bank of Brazil has recently sent to Congress a bill of law proposing fundamental changes in the legal framework of Brazilian foreign exchange (FX) market and cross border investments.

The bill aims to facilitate access of foreign investors to the Brazilian market. It encompasses investments in the financial and capital markets, direct equity investments, loans and financings, including long-term investments in concessions and infrastructure projects.

Brazil’s current rules on FX and foreign investment are based on legislation first enacted in the 1920s. Along the past three decades the Central Bank has promoted a gradual liberalization of FX controls through administrative regulation; however, a more comprehensive reform would require changes in law. Now the moment has come.

The bill of law establishes as a principle the freedom to purchase and sell any amount of foreign currency, provided that the transaction is carried out through an authorized institution, the underlying transaction is licit and regulation to be issued by the Central Bank of Brazil is complied with. This may seem obvious, since it merely reflects the present applicable rules, but it is not. Brazilian FX market has in the past been centralized, and such confirmation in legislation of the basic rules now in force enhances legal predictability.

In addition, foreign capital shall be granted the same legal treatment afforded to local capital under equivalent conditions. This again is a principle already contained in current legislation, but up to now it is subject to exceptions that the new law intends to eliminate.

Under the proposed legislation, Brazilian banks would be allowed to offer accounts in foreign currency, subject to regulations to be issued by the Central Bank. Such accounts could be used as hedge instruments; however, the Central Bank has already anticipated that regulation shall be issued gradually, so an offer of accounts in foreign currency for any individual and legal entities is not expected to be possible in the near future. It is yet to be seen whether regulations will require banks to hold an amount equivalent to the balance of the foreign-currency denominated accounts in the bank’s own account outside Brazil as a deposit guarantee.

The bill proposes to revoke several pieces of law. Among them, an article of Law No. 4,131 from 1962 that authorizes the National Monetary Council to constrain the remittance abroad of proceeds generated by foreign investments whenever there is a serious disequilibrium in Brazil’s balance of payment or reasons to foresee such an imbalance. Although this prerogative has not been used in recent times, its mere existence is sufficient to threat and discourage foreign investments.

Whilst the bill of law is overall positive, it has been shy under certain aspects. For example, it could have eliminated entirely the prohibition that a party in Brazil compensates its debits or credits against a counterparty abroad. It could also have revoked the limitation contained in Brazilian foreign capitals act to the amount of royalties that can be deducted from the taxable income of the paying company to a percentage of the revenue generated by the manufacture or sale of a product.

Moreover, the bill of law grants comprehensive regulatory powers to the Central Bank of Brazil. Based on that, the monetary authority could reinstate most of the controls that the new law intends to revoke – even though this is currently an unlikely scenario.

The bill of law has been submitted to the House of Representatives as a priority project. If approved by the House, the bill is to be submitted to the Senate. Considering the commitment of the Federal Government – and in particular of the Central Bank – to liberalization and modernization of the Brazilian economy, it is fair to expect that the bill of law will be approved sooner rather than later. 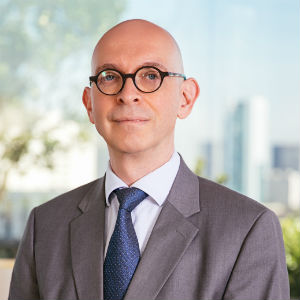