Misconducts provided for under the Brazilian Anticorruption (or Clean Company) Act and other white-collar violations are hard to trace without the cooperation of executives and employees. In this context, companies face the challenge of getting individuals who may face criminal, civil and administrative sanctions, as well as reputational damage, to collaborate.

A well-structured compliance program with incentives and protections for whistleblowers encourages cooperation. Some companies have decided to take an additional step to promote self-reporting and have established internal cooperation incentives programs which offer the possibility of financial compensation for whistleblowers. Such programs typically establish wage and position-based compensation, such as the continuity of salary payment for executives in the years following their termination, in addition to the standard practice of covering for all legal fees and potential settlement contributions.

Monetary encouragement along these lines has faced criticism, though, out of the notion that incentives programs excessively reward employees and executives who are likely to also be granted full or partial immunity under agreements with authorities. The effects of the antibribery and/or antitrust legislation would, therefore, be significantly reduced for whistleblowers. This would ultimately hurt the leniency program’s ability to deter individuals and companies to participate in wrongful conducts. Ultimately, monetary compensation of whistleblowers would be incompatible with the interests of the Public Administration.

On the other hand, financial compensation may increase an individual’s willingness to cooperate and provide detailed and accurate information without fear of being unable to obtain income in the future in consequence of reputational damage. This is expected to result in a more robust collaboration and consequently (a) to increase instability in anticompetitive arrangements and corruption conducts involving multiple players, and (b) to help competent authorities prosecute and punish other participants in the conducts. Therefore, monetary compensation reaches the goal of discouraging participation in wrongful conducts, as is the purpose of the leniency program.

Incentives programs have also been questioned based on (a) the possibility that companies discourage individuals to cooperate in relation to certain facts in order to protect the company itself and (b) the fact that, by law, cooperation should be voluntary, and that aspect could be compromised by the offer of compensation. These other potentially negative aspects would have to be analyzed on a case-by-case basis.

It is essential for the effectiveness of the cooperation that companies structure incentive programs with well-defined general rules and guidelines, based on objective criteria that apply to any and all individuals who decide to cooperate with the investigations. Such guidelines must, for instance, establish tools to ensure that individuals will not be retaliated based on the misconducts reported.

Another important aspect to consider in Brazil is that occasional controversy between the company and its workers arising from the interpretation of incentive programs will be settled by labor courts, that have historically adopted a worker-protective line of judgment. Moreover, benefits granted to individuals may be considered a part of their remuneration for employment, social security and tax purposes.

Even though incentives programs are currently under public scrutiny in Brazil, there has been no administrative or judicial decision on their validity. So far, leniency agreements executed based on cooperation obtained with the help of such programs that include monetary compensation have been accepted and considered valid by Brazilian courts, although the programs themselves have not been discussed. The next years should feature interesting discussions on the validity and impacts of monetary compensation as an incentive offered by companies to their employees and executives in order to obtain cooperation and, ultimately, protection from relevant authorities. 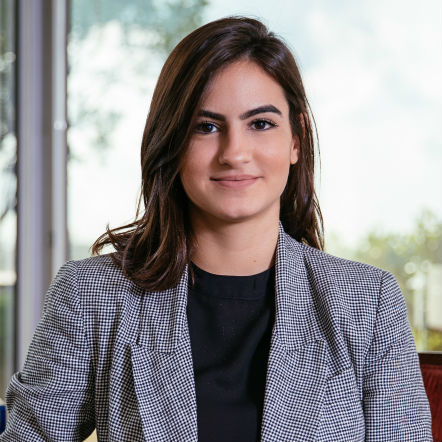 Reducing the risk of labor liability for shareholders