Various factors contribute to the historically high interest rates in Brazil. At their root is the persistent fiscal deficit, which imposes an ever-expanding dependence of the Government on borrowed money and a growing solvency concern. A significant role is also played by government-imposed costs on bank lending (high cash reserves, mandatory subsidized loans, a special direct tax on loans, two additional gross revenue taxes on interest income, higher corporate income tax rates and higher contribution to the public pension system imposed on banks in comparison to other enterprises, high compliance costs). Just as important as those factors are uncertainties related to a creditor’s ability to enforce its rights in court.

The financial sector is currently campaigning for changes and new adjustments to the legal framework in order to address existing legal uncertainties. These are all fitting, and to a limited extent will gradually contribute to lower interest rates. However, the proposed changes don’t go far enough. They don’t address deep, historical underlying cultural issues that cause the erratic, often distorted outcome of judicial enforcement of debt obligations. Even if Brazil solves its continuous fiscal imbalance and bank lending is rid of all ill-placed government-imposed costs, interest rates on private lending will not level with those of other developed economies until such underlying cultural issues are resolved.

Legal uncertainties are rooted in the Brazilian culture, which is highly protective of the weak and poor individual. Such a culture is deeply entrenched in the Judiciary, which, often denying or distorting statutory law, produces case law that shields a number of individuals, but in the end further weakens and impoverishes the weak and poor as a whole.

Acting on the benefit of debtors, courts will often replace contractually agreed financial terms with their own subjective fair terms. They will also disregard collateral arrangements and will deny or impose long delays on repossession of a leased property. Judicial foreclosure on a mortgage can take eight, ten, fifteen years. Bankruptcies are presided over by judges to the detriment of the creditors, under the popularly-accepted notion that maintaining jobs and keeping failed, often no longer viable, businesses on life-support is morally more important than upholding the Law, strengthening the confidence in credit and the compliance with obligations.

Indeed, if banks cannot rely on their ability to enforce repayments on loans, to foreclose on collateral and to be treated fairly in bankruptcy proceedings, the risk component of interest rates (in addition to all other components referred to above) will inevitably always be high.

No human enterprise lasts if risks go unrewarded. This applies to bankers, but it mostly applies to all depositors and minority shareholders (including weak and poor individuals). Their stakes in banks, via direct investment or investment funds, are in aggregate dozens of times larger than those of the bankers themselves.

Increasing competition in the Brazilian financial markets has been persistently prescribed against high interest rates. There is however no unsurmountable legal or structural hindrance to full competition. The one factor that scares foreign banks and other Brazilian potential players away is none other than legal uncertainties. Remove them and competition will grow naturally.

Legal and regulatory developments and adjustments will have limited effect unless society embraces the notion that the enforcement of debt obligations works to their favor by fostering predictability, thereby reducing interest rates. Then the Judiciary will follow with strict, unbending application of the law, free of prejudice and partiality. 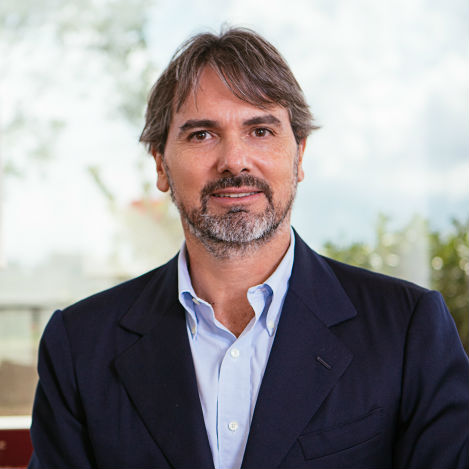