The new rules applicable to water and sewage services in Brazil will open ample investment opportunities. Companies interested in participating in the relevant competitive bids can be formed under any corporate type admitted by Brazilian law, which range from the very simple wholly-owned limited liability company to more complex corporations. The choice of the corporate type should be driven by the level of disclosure sought by investors and their intention of seizing funds in the capital markets.

The sanitation sector has been spared from protectionism. The new framework imposes no limits for investments by foreign entities or foreign-controlled companies – which still exist in the telecommunications sector, as well as with respect to property ownership over rural real estate, for example. Eliminating obstacles to the foreign capital is becoming a trend of the Brazilian Federal Government, as exemplified by a 2019 law that brought down barriers for foreign-controlled entities’ investment in the civil aviation sector.

Investment funds may come into play for investors interested to be in the financing or controlling levels rather than in the operational front. For financing investors, funds can be formed for the acquisition of debentures issued by concessionaires of public sanitation services. As long as at least 85% of the fund’s net asset value is invested in such kind of assets and certain other legal requirements are met, income remitted to foreign investors are not subject to Brazilian income tax, except for investors domiciled in tax haven jurisdictions, as defined by Brazilian legislation. The same benefit is extended to foreign investments in funds-of-funds which allocate at least 95% of their portfolio/resources in shares of the former funds.

Private equity funds that invest in shares issued by concessionaires of sanitation services are an alternative for investors intending to effectively control the relevant invested companies. Capital gains on the sale of shares of such funds are also free from Brazilian income tax for investors domiciled out of Brazil, provided that, among certain other legal requirements, the fund has at least five different investors, none of them one holding more than 40% of the fund’s shares nor being entitled to more than 40% of the fund’s profits, and that the investor is not in a tax haven jurisdiction, as defined by Brazilian legislation.

It is often the case that sanitation services concessionaires have public-private partnership agreements in place. Investors that decide to acquire controlling shares of such concessionaires – rather than participating in public biddings for new concessions – must bear in mind that the acquired company must honor such previous agreements.

Arbitration can be elected as a means for conflict resolution in public-private partnership agreements, thus mitigating a common concern of foreign investors – related to protracted proceedings that are the rule in the Brazilian Judiciary.

The new rules are an eloquent indication that the Brazilian Congress favors a flexible environment as a means to attract much needed foreign investments. 100 million Brazilian citizens who still lack water sanitation services are in the hope that the coverage targets that the new legislation institutes can be met in time. 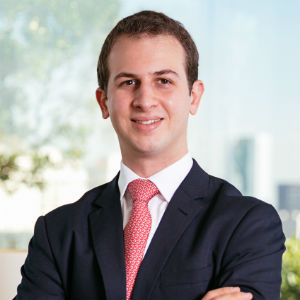