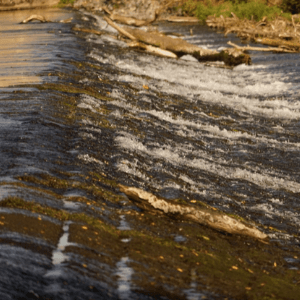 The new regulatory framework recently enacted concerning the sanitation sector purports to remedy the dramatic shortcomings that affect Brazil in this vital area through a set of bold changes. These include ambitious, although indirect, privatization targets, under which local authorities shall submit services to open bids, and the possibility for local services to form regional groups in order to ensure attractiveness to private sector bidders.

This call for widespread private sector involvement reflects the historical inability – technical and financial – of most state sanitation companies to ensure adequate coverage. The new legislation also features the streamlining and standardization of technical requirements, which is to be accomplished through enhanced competences now given to the national water watchdog ANA (National Water Agency).

While the new legislation amounts to a landmark change, challenges ahead remain daunting, and there is an abundance of reasons for skepticism.

Historically, the main factors hindering performance in this industry are the chronical lack of financial resources in a sector which requires massive investments; poor technical ability to execute the relevant services; and an overly complex regulatory framework which features numerous concurring authorities – and, consequently, ample room for political interference in technical and economic aspects such as the prices charged for services provided.

The argument around the lack of resources involves a paradox of great practical implications. Earmarked funds for activities related to water and sanitation are in fact historically massive in Brazil, with financing available from state-controlled bank Caixa Econômica, from BNDES credit lines, and also from multilateral credit agencies such as the IBRD and the IDB. Nevertheless, most service providers, especially those controlled by the public sector, do not meet credit requirements and are ultimately not eligible. As a result, they compete for scarce funds of government budgets, either in the form of grants or concessionary loans.

Even when the hurdle of access to financing is successfully overcome, service providers typically face serious challenges relating to actual execution of the relevant investments. These include legal obstacles, such as the need to obtain environmental licenses, ensure proper title to land and carry out procurement procedures under highly bureaucratic rules. They also involve practical difficulties, best illustrated by an all too frequent inability to produce detailed executive projects as per applicable requirements. Failure to execute all required tasks in a timely fashion often results, in turn, in the projects originally presented to the relevant public authority expiring.

This is particularly true when concessionaires need to expand services in large urban areas, where informality and disorderly land use and occupation, often completely outside the oversight of public authorities, hamper the implementation of urban infrastructure and turn it more costly. Indeed, most large Brazilian cities feature central areas with adequate water and sewage services coverage alongside low-income outskirts featuring dramatically poor indicators. The abyss between the formal, theoretical areas depicted in master plans, on one hand; and actual urban realities - where disorderly occupation is the rule – then shows itself with full force. Delays in infrastructure works are all too common, and are particularly frequent with respect to sanitation projects, where work fronts non rarely comes to a halt due to land/environmental issues, as well as to the need to adapt original designs to the urban reality encountered in the field.

Red tape, and resulting delays, affecting availability of funds from financial agents (particularly those projects financed by Caixa Econômica Federal), is also a major issue. Few players can rely on own capital to meet financial commitments with suppliers, payrolls and taxes, among others. Funding delays directly increase the cost of projects, as costs related to administration, demobilization and even vandalism soar.

An overly complex, and dysfunctional regulatory framework compounds the scenario. No less than 49 agencies at the local or state levels, with regulatory and/or oversight powers, come to play. They are often technically weak and prone to political interference. Historically, companies controlled by federated states embody and illustrate the power of the governor; they are often used for purposes which are not those for which they were created. Needless to say, this entails legal uncertainty and hinders investments, especially on the part of the private sector.

While there is no shortage of difficulties ahead, the new legal framework amounts to relevant improvement with respect to key aspects of this vital industry. Hopefully in time the average citizen will be able to see the concrete results of the changes now instituted – in the form of quality services at a fair price.